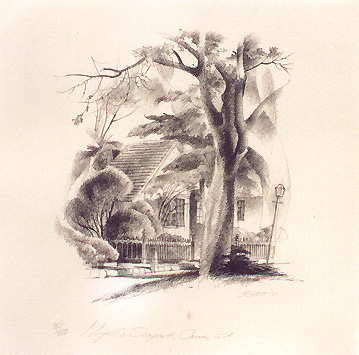 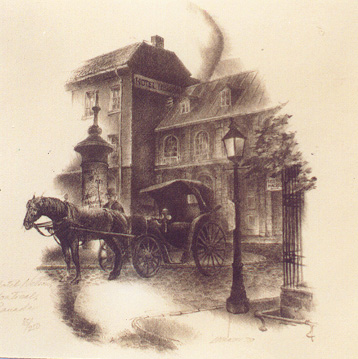 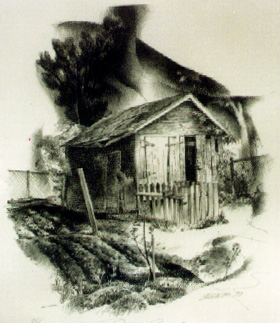 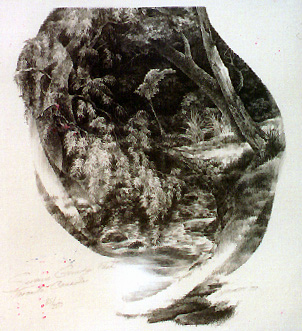 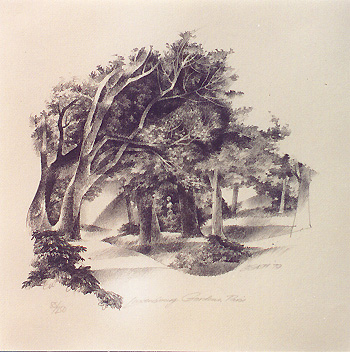 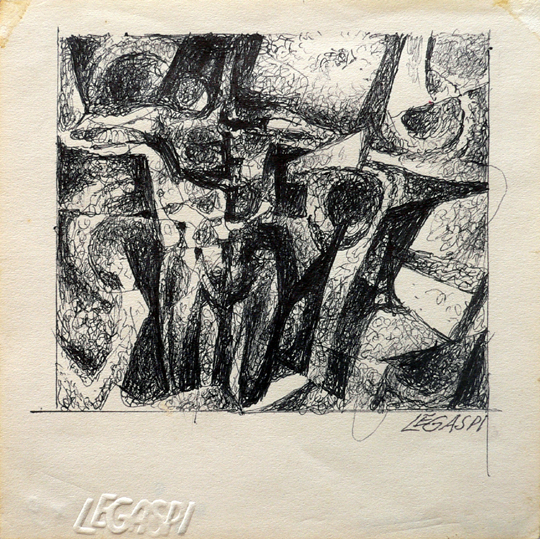 Legaspi earned his Certificate of Proficiency at the University of the Philippines in 1936. He then pursued art studies abroad as a scholar at the Cultura Hispanica in Madrid, 1953-54. He subsequently entered the Academie Ranson in Paris, France.

Legaspi espoused the cause of modern art from its early years and nurtured it with his fellow pioneering modernists, Carlos V. Francisco, Galo B. Ocampo, Hernando R. Ocampo and Vicente Manansala, to full maturity. Today, he is the most active surviving members of the Thirteen Moderns. While his work shows the influence of cubism, cubism’s rigorous intellectual approach of its intellectual phase in Legaspi’s works gives way to the more harmonious aspect of its synthetic phase. There is a facetting of figures into larger planes which overlap and cut through space in transparent curvilinear rhythms and which achieve a richly textured orchestration of hues and tones. Except for his monochromatic canvases, Legaspi’s paintings fully release the expressive potential of color, creating a sensuous chromatic ambiance with a variety of subjects from dancers and flower gardens, to dynamic street scenes.

His early paintings, from the period immediately before and after the war, reflect his personal reaction to the national trauma. Man and Woman (also entitled Beggars) 1945 in an expressionist idiom involving distortion, shows a couple in rags amidst the skeletons of buildings which are broken like surrealist sculpture. Another important work, Gadgets, 1947 done in two version, reflects the increasing importance of machines in the postwar industrialization period, as well as what he perceived was the insidious threat of human metamorphosing into machine.

Legaspi spent many years as magazine illustrator and artistic director in advertising agencies, while he took time in between his work to do paintings. In 1963, he held a one man show at the Luz Gallery. This marked the beginning of an active phase with major pieces, such as Chiaroscuro, in which rocks and stone quarries become his central image and symbol and in which structure is the predominant concern. Spatial depth is suggested by the darker tonalities of the recesses in the granite rock that half-conceals organic forms, like curling fetuses, embedded within. In these and subsequent works, Legaspi strove towards an artistic language based on the integrity of shapes and figures that would convey an entire range of values from strength to sensitivity, power to grace, dynamism to lyricism.

In 1968, Legaspi finally left advertising to devote his time to painting. His subsequent works significantly modified the cubist idiom by rhythmic curvilinear lines and planes contrary to the angularity of the original style. From 1974 onward his paintings became more chromatic, sometimes even effulgent with color layers of transparent passages create prismatic effects. Figures dynamically cut through space in gestural movements. Lights enhance colors and form or dematerialized and dissolves them into airy transparencies, creating resonances in space. The human figure in its well-articulated muscular and structural frame, increasingly becomes an eloquent vehicle for expression, while a play of contrasts ensues between organic form and geometric structure, transparency and solidity, the flexible and the inexorable, tensions that generate the vitality of Legaspi’s arts. In 1976, Legaspi did a number a multi-layered paintings on wood panel to give actual depth and shadows to the illusion f spatial movement. He has also done a large diptych with a crucified torso spanning the two panels; the graffiti of the times are scattered over the wall like background.

Through the 1970s and 1980s Legaspi worked on paintings that deal with universal human experience, such as the Survivor. These large heroic canvases done in his dynamic style, convey the surging , straining movements of human beings in aspiration, struggle and triumph. Aside from being dramatic metaphors of the human condition, they are also visual correlatives of inner moods. The “biota” imagery explores organic and visceral movements beneath the surface where human beings are one with nature, woven of the same tissue as the trees. The images of struggle and nightmare transpose onto the imagery of art the emotional tensions of everyday that seek resolutions in dreams. In 1978 Legaspi held a big retrospective show at the Museum of Philippine Art. Ten years later, he held a major three part exhibit, including the Jeepney series in which the dynamism of the imagery bring together the spatial and temporal dimensions, dream and reality, the past and the present.

Legaspi’s awards from the Art Association of the Philippines are: 1948, Sick Child - 4th prize; 1949, Gadgets - 1st prize; 1949, Planters - 4th prize ; 1951, Ritual - 3rd prize. He won first prize for Stairway to Heaven in the Manila Club Art Exhibition in 1949. His Symphony won an honorable mention award in the Manila Grand Opera House Exhibition in 1950. He received the Pintura - Patnubay ng Sining at Kalinangan award from the City of Manila in 1972. He received the Gawad CCP para sa Sining award from the Cultural Center of the Philippines in 1990. He was proclaimed National Artist in painting in 1990.