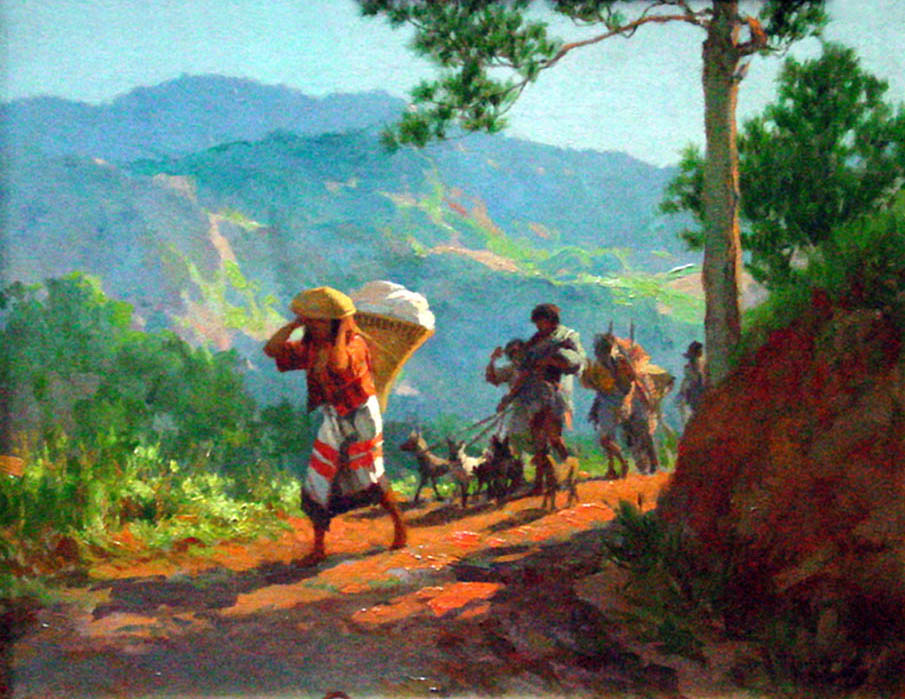 Known as the master of genre and sunlight in the history of Filipino art, there was, however an aspect to Amorsolo’s paintings other than the quality of light which is often overlooked: the suggestion of images in their most simple telling configuration. Amorsolo has understood that complex forms are most easily perceived when they fall within a larger, more simple pattern. Contemporaries of Amorsolo called it ‘Velasquez’s vision’ of the moment, it was the capacity to paint something comprehensible in one glance. Between 1919 and 1920, Fernando Amorsolo went to Spain under the patronage of Enrique Zobel. He enrolled at the Escuela Superior de Pintura, Esculyura y Grabado de San Fernando in Madrid and made copies from Goya and Velasquez at the Prado Museum. He saw also for the first time, the actual works of Sorolla, Zuloaga and Zorn. Amorsolo, however, did not paint in a classicist manner. Two years after he returned to the Philippines in 1922, he painted his first major ode to rural life, Planting rice, which became the generic image for the whole generation of painters.

The Dalaga bathing in the River, Batis is one of the genre themes which celebrates the tranquil and idyllic lifestyle of the country which to the artist represented the very essence of Filipino culture. In 1963 he got an award Pintura - Parangal Patnubay ng Sining at Kalinangan, Araw ng Maynila