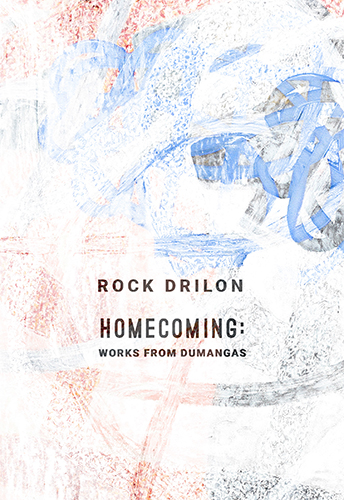 Abstractionist Rock Drilon presents his new set of works this 2017 in an exhibit entitled, Homecoming: Works from Dumangas in Galleria Duemila on September 9 – 30 2017 in Pasay City.

Hailing from Dumangas, Iloilo, artist Rock Drilon is known for his entanglements and his seamless sense of color drawn in large canvases. His current set of works is both a return and an arrival in his current state of career as an artist. He believes in the magic of process and introspection maneuvered into perhaps maybe one or two iconic subjects and then creating a myriad of compositions.

Having been trained under the later modernist, Jose Joya while at the University of the Philippines College of Fine Arts and his experience in the Arts for over four decades, he has gained a lot of following in Southeast Asia, Europe and the United States.