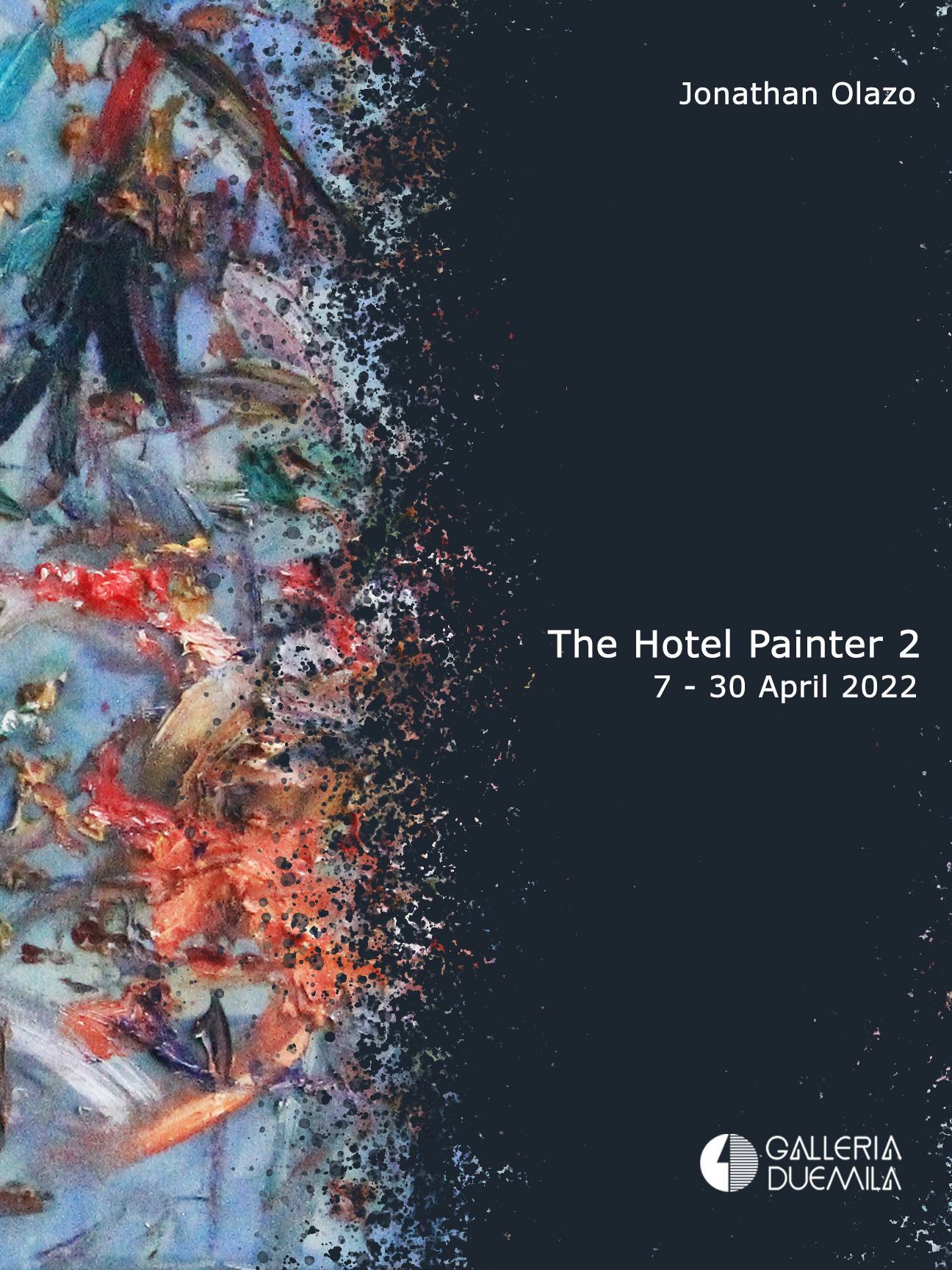 
In Jonathan Olazo’s latest solo exhibition, The Hotel Painter 2, at Galleria Duemila, the artist remains steadfast to abstraction as a viable medium for contemporary expression. Comprised of a suite of acrylic paintings, the current iteration follows an earlier work first presented in 2013, wherein Olazo gallantly sought “to reclaim abstraction’s dignity in a society that has relegated it to mere decoration. Taking the hotel environment as a starting point for this type of dismissal, he attempts to look at it from another angle, where the hotel instead becomes a temporary refuge for a reflection on painting.”

Steeped in the history of abstraction, being the son of the late renowned painter, Romulo Olazo, Jonathan has arrived at his own distinct exploration of abstraction, which can be traced to the grand gestures of Abstract Expressionism. Through the years, he has been taking abstraction for a walk, often winding, perplexing, and unabashedly nostalgic for modernity’s utopian visions. Aware of its detours and false passages, he takes pleasure in its trappings as he lays his own intuitive chartings.

When the pandemic started two years ago, he remained committed to the practice and converted a small room in his home into a makeshift studio. It became his sanctuary, a space where he strived to paint daily, adhering to an axiom he gleaned from another artist, Roberto Chabet who was his mentor at the University of the Philippines. Chabet wrote, “A brushstroke is a gesture of the mind.” For Olazo, this quote has been a longtime guide for him as a painter. He says, “I almost always start with a single mark on the canvas and proceed on it layer by layer.”

Taking on a lyrical approach to abstraction, Olazo creates amalgams of gestures and markings that aim to strike a chord with the viewer. Abandoning the careful orchestration and rigid precision of older traditions of abstraction, he suffuses his canvas with tension and idiosyncrasy, privileging expression over form. In his works, form seemingly begets content and maintains the proposal and phenomenon of painting as an autonomous object, as opposed to its other function of a mimetic window into the physical world. Sometimes, he even includes real-life objects that act as curious extensions of the paintings, if not as accomplices to his ongoing critical inquiry.

For this exhibition, he maintains his focus on the paintings, without their usual appendages. That is not to say however that he has isolated them from the world. References to art, literature and music of a bygone era still abound, glimpsed here as faint scribbling on some of the paintings, but most effectively through the titles of the works, which serve as textual cues into the artist’s personal reckoning with his chosen practice. Anchored and at the same time moved by abstraction’s promise, Olazo takes us back to a familiar place to rediscover its undiminished potential.

Jonathan Olazo (b. 1969, Philippines) studied at the University of the Philippines - College of Fine Arts in Diliman, where he received his BFA in Painting in 1992. Since the late 1980s, he has been actively exhibiting his works at galleries and museums in the Philippines and abroad. He is the recipient of the Grand Prize from the Philippine Association of Printmakers Open Graphic Arts Competition (1987), the Thirteen Artists Award from the Cultural Center of the Philippines (1994), and the Artist of the Year at the Art Manila Newspaper Art Awards (2003). 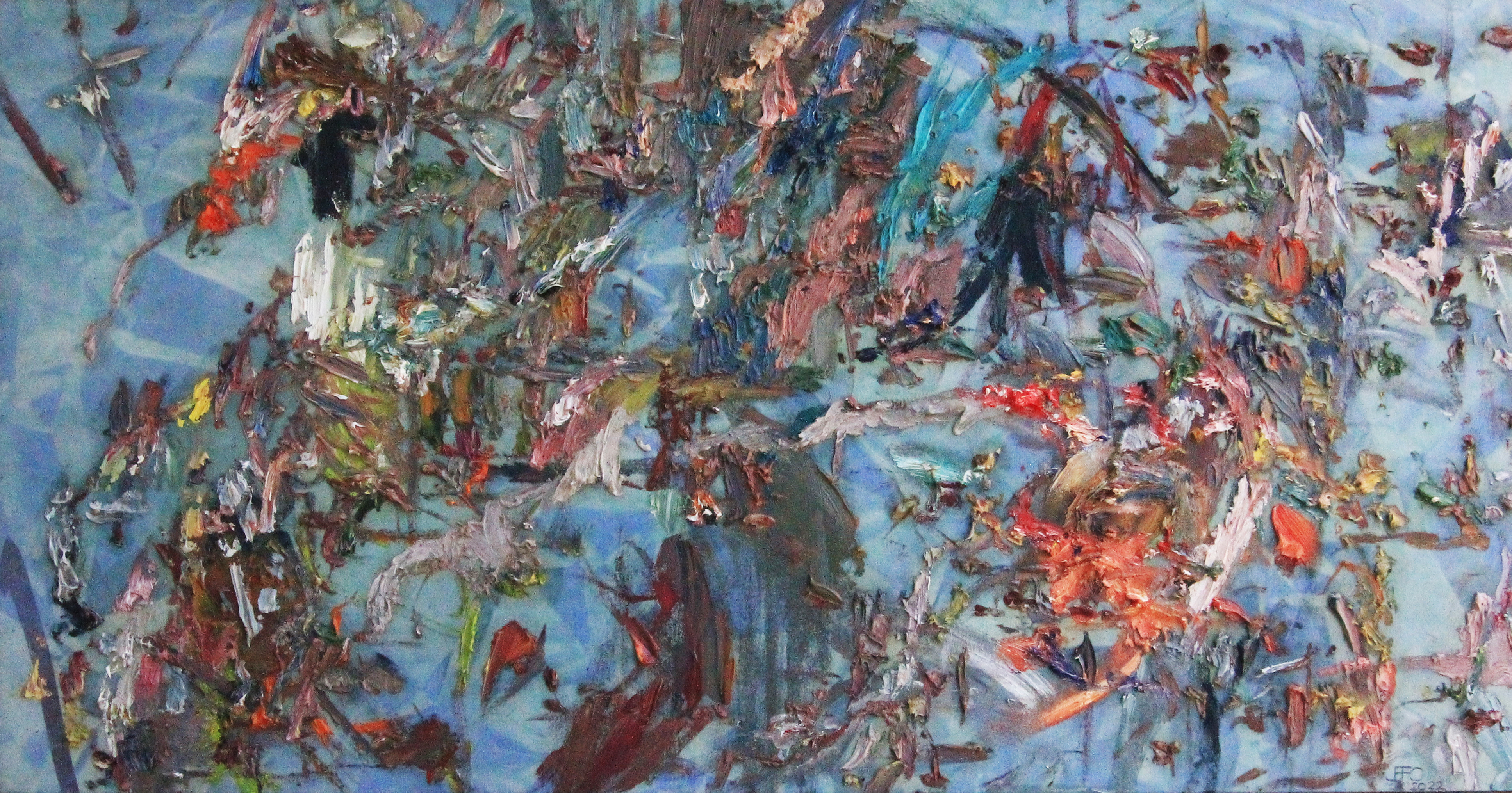 Cesspool in the Pond 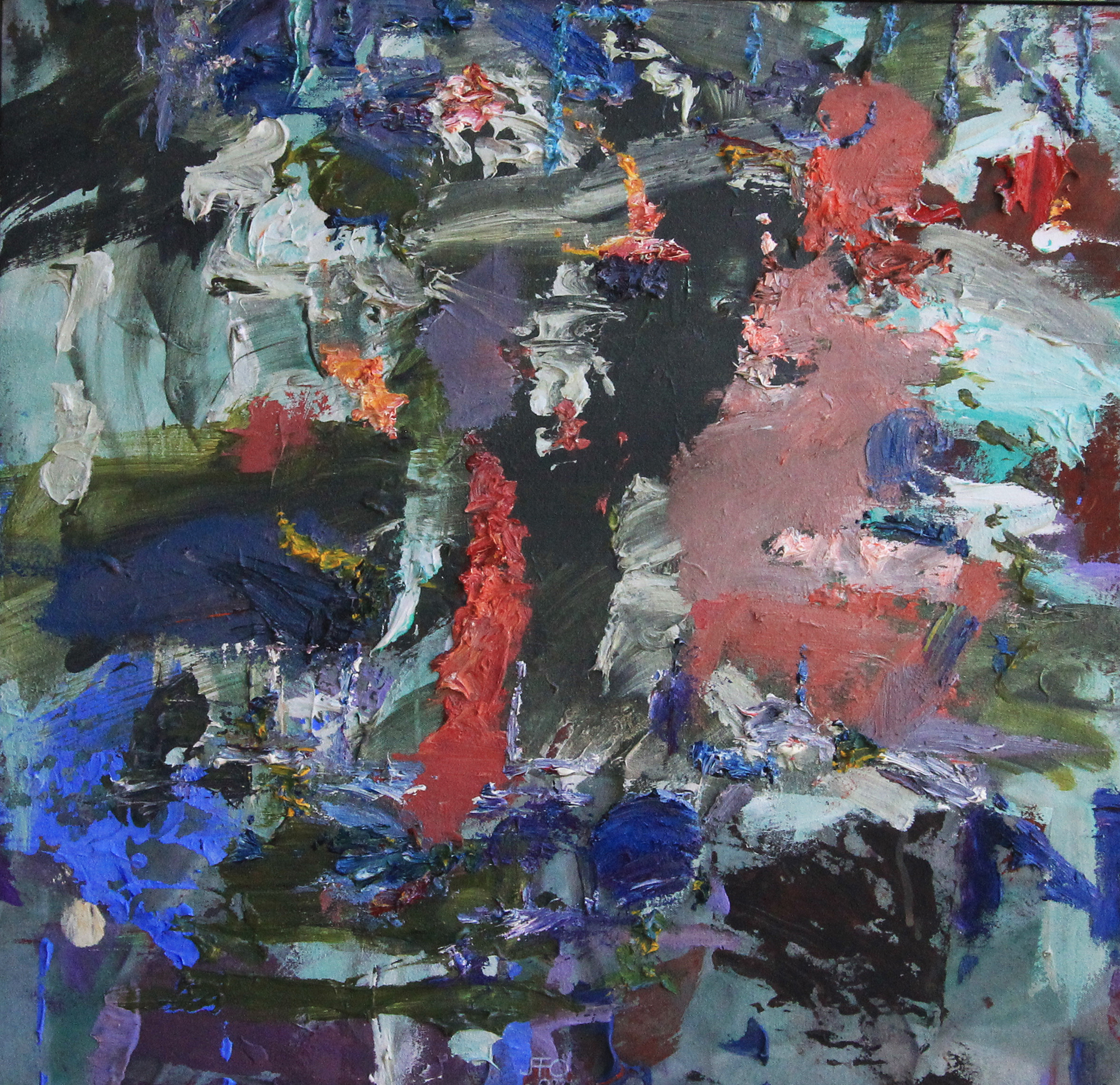 The Fun Illusion No. 2 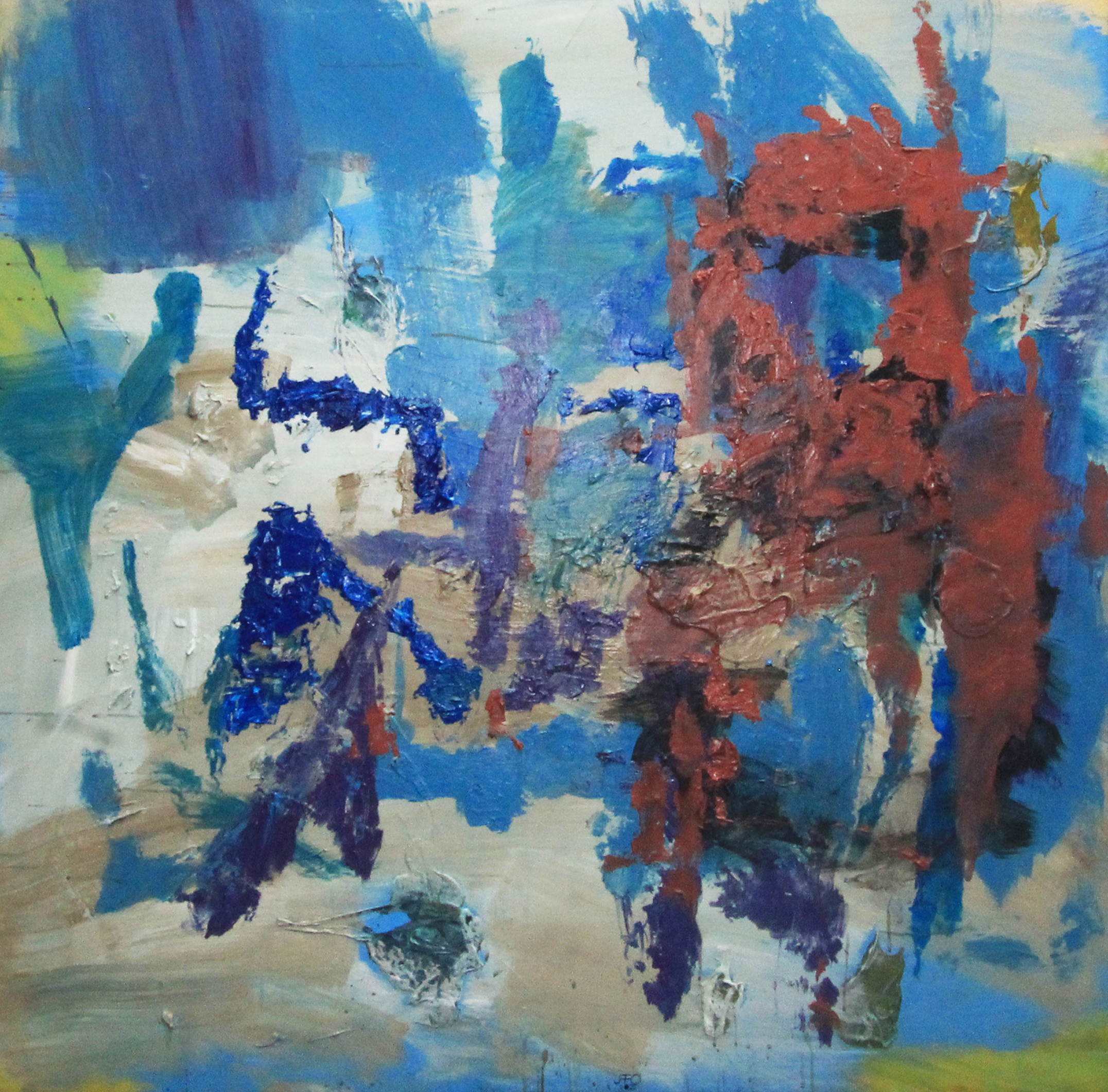 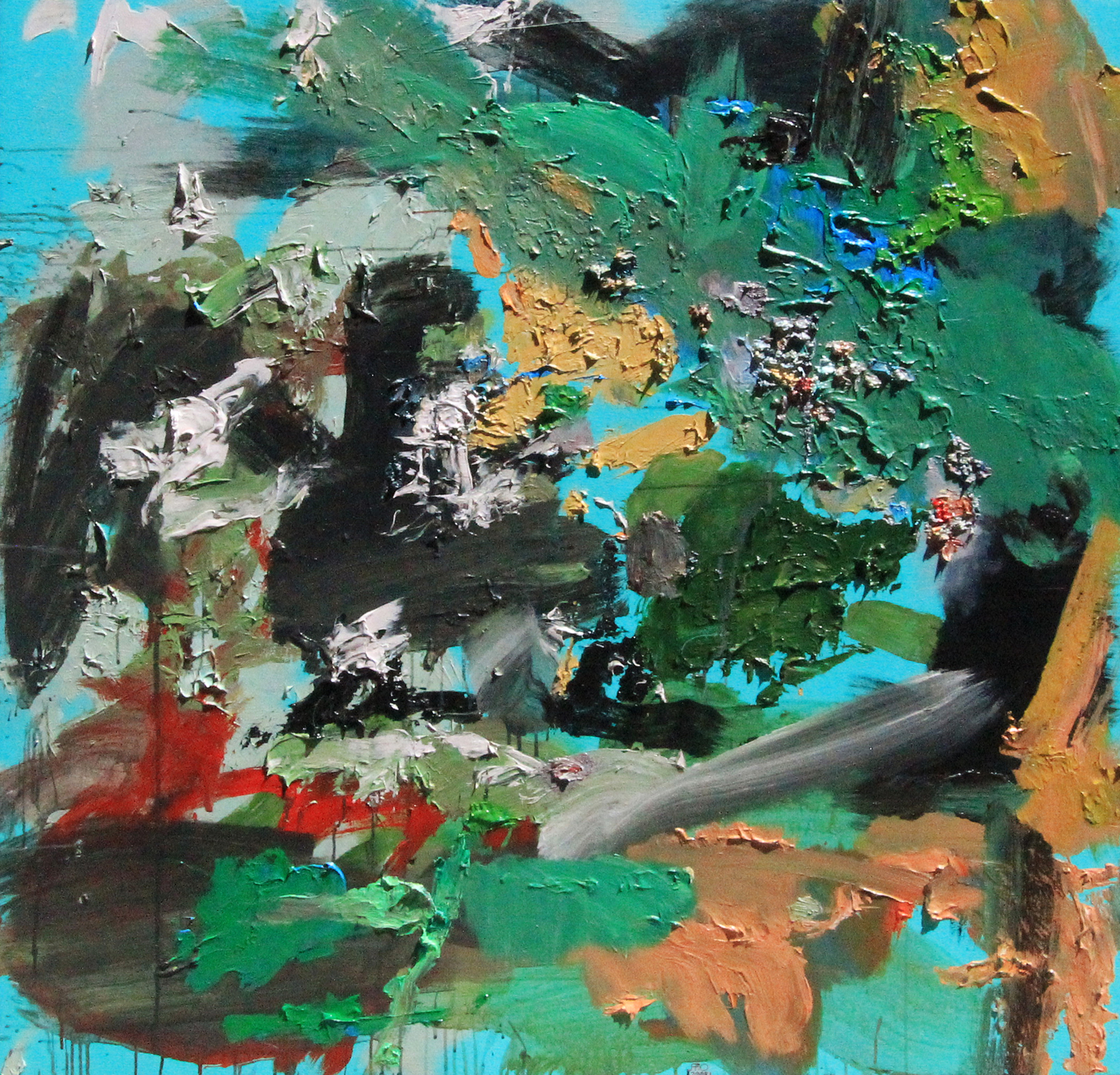 Found the Meaning of a Name: Desire the Helmet 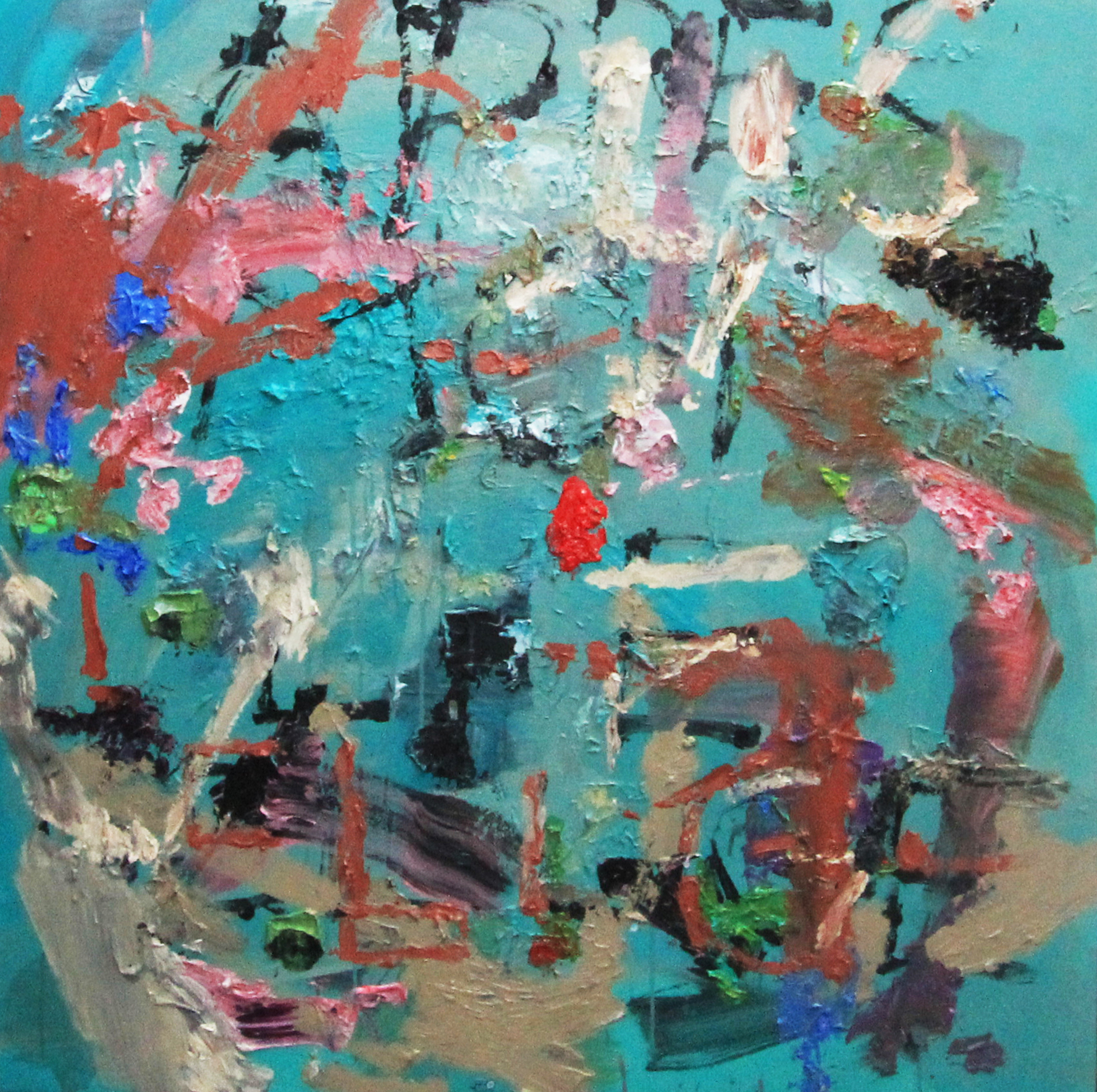 Painting a Phrase and a Spektor Song and a Gabriel Cover: Après Moi, Le Déluge 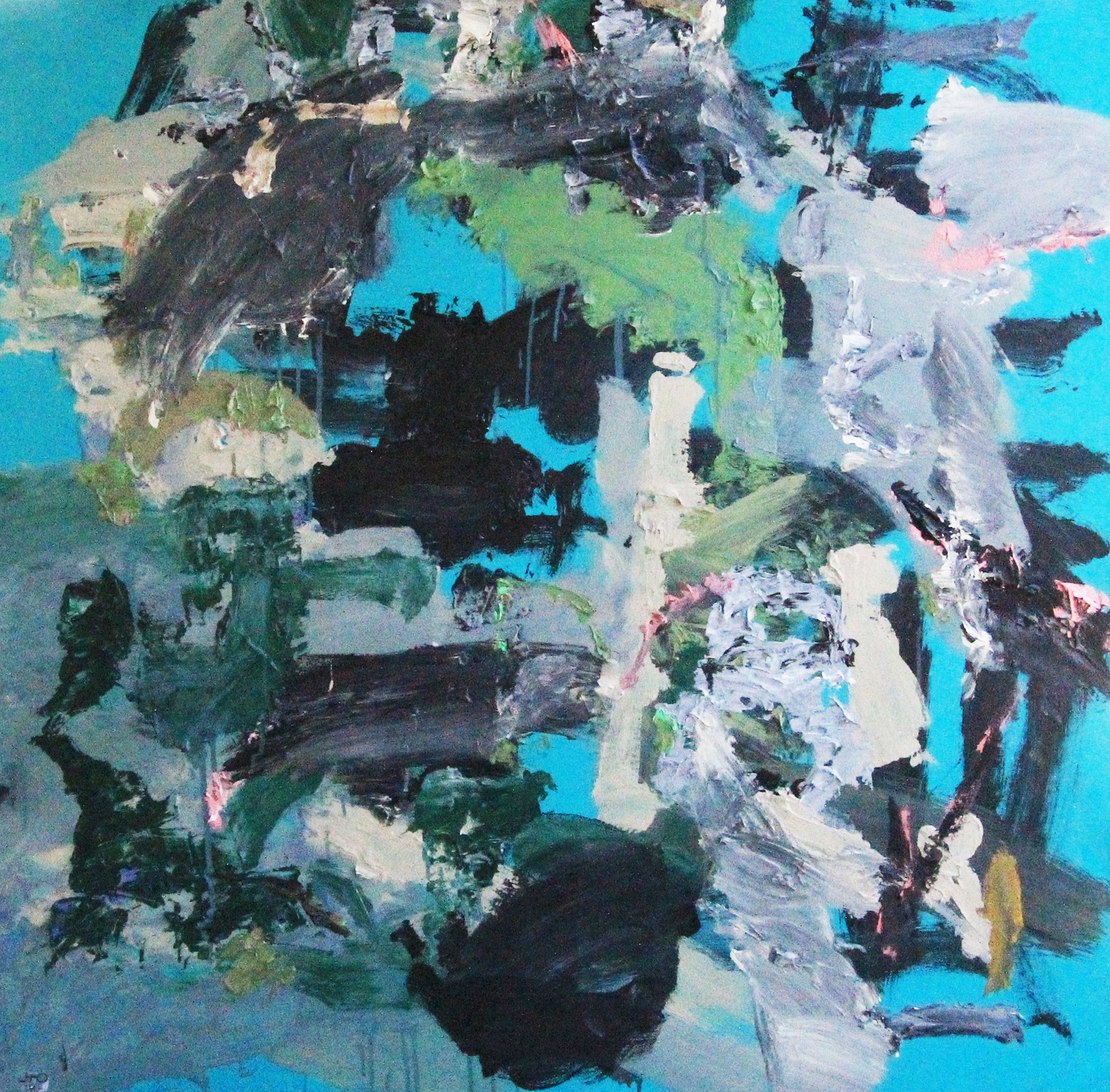 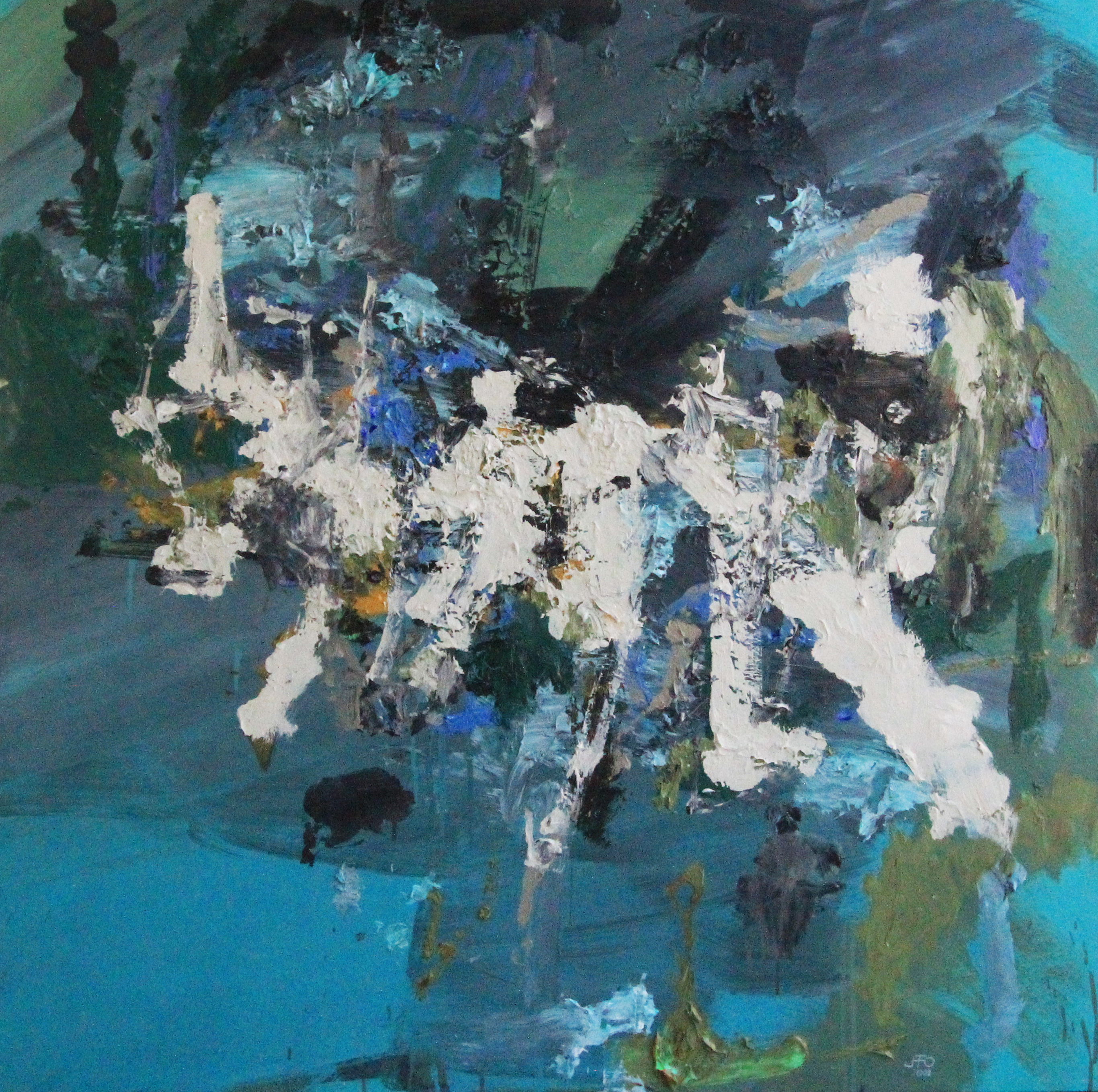 Pain Tings and Paint Things and Faith on Wings 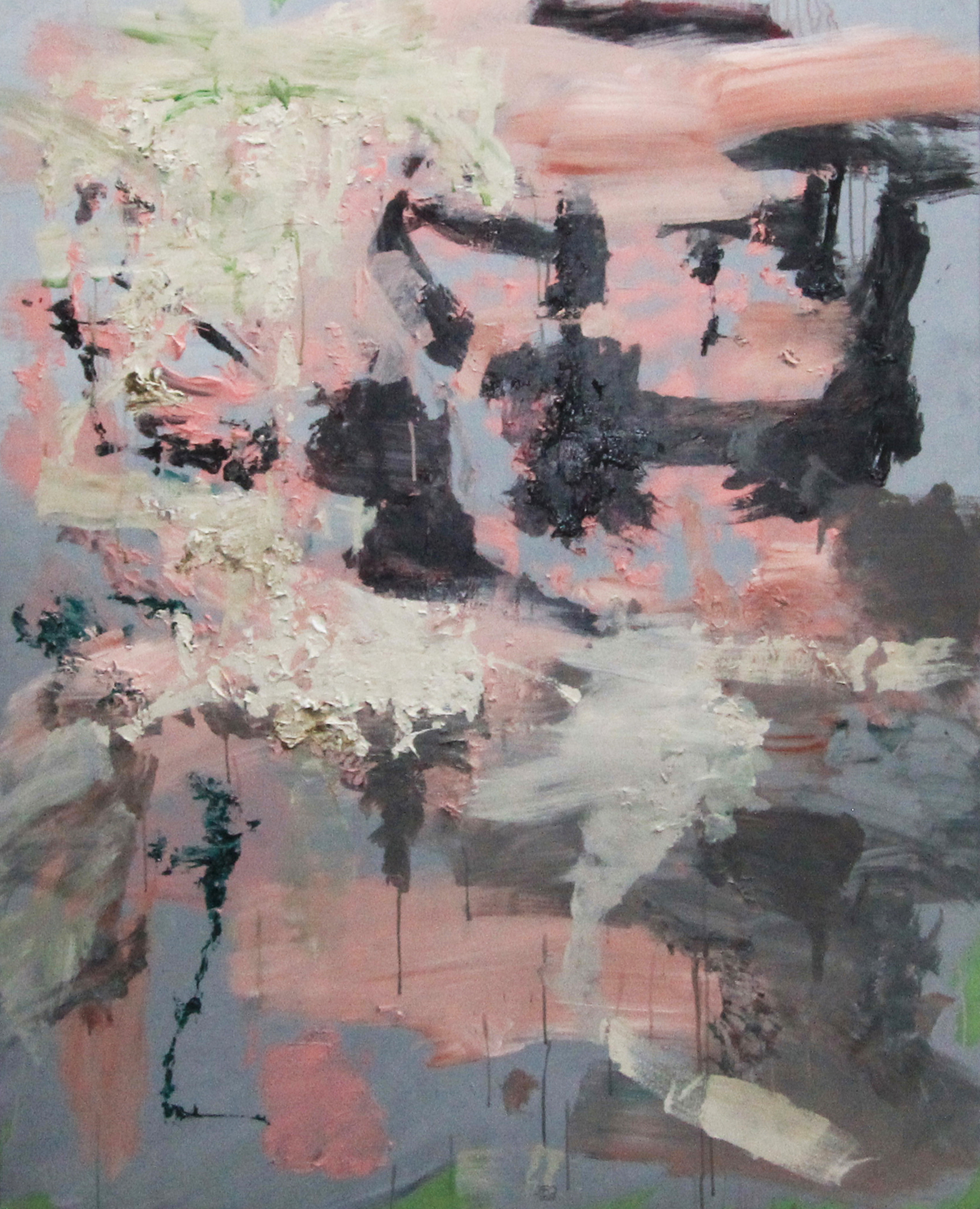 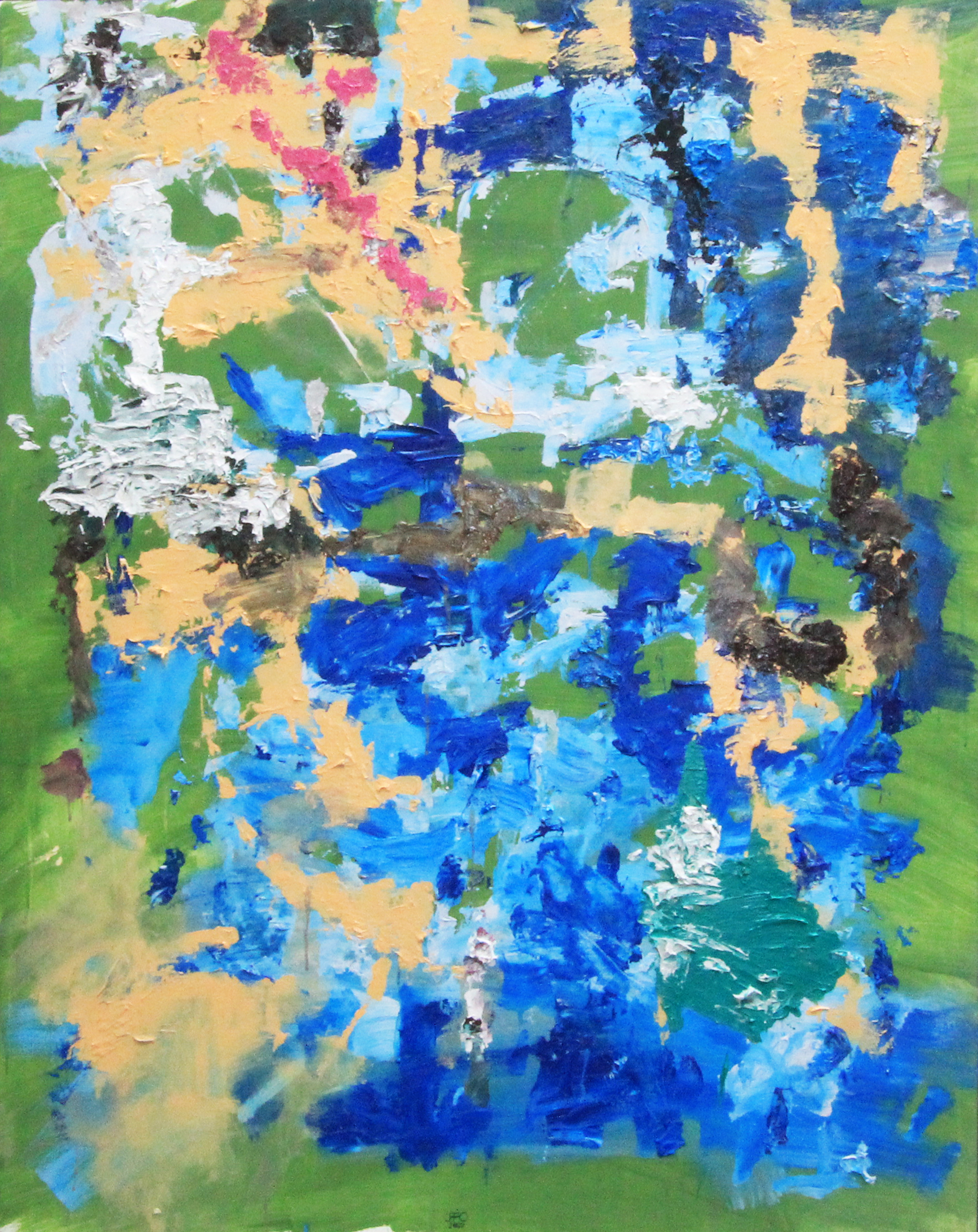 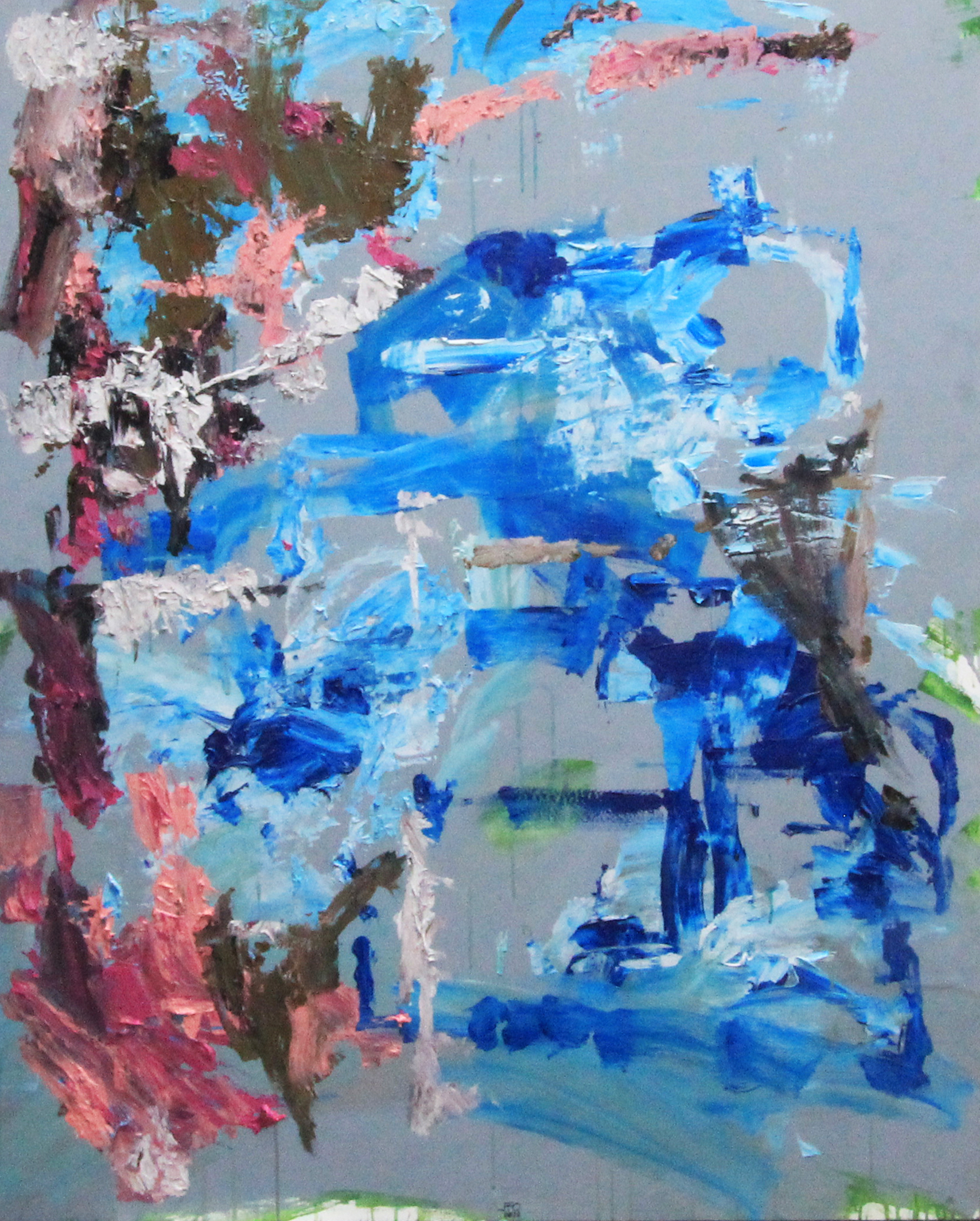 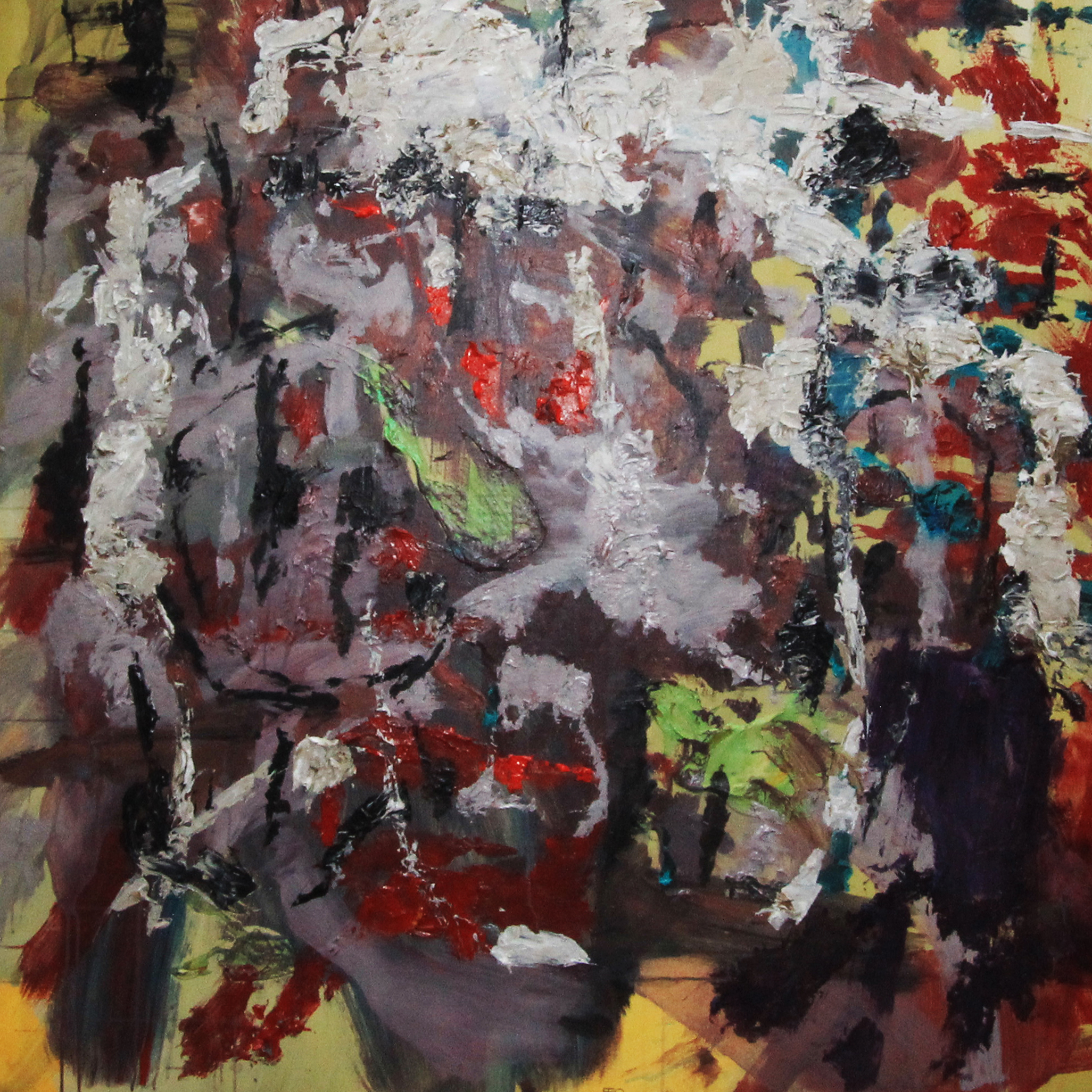 Filipino Bone under a rainbow 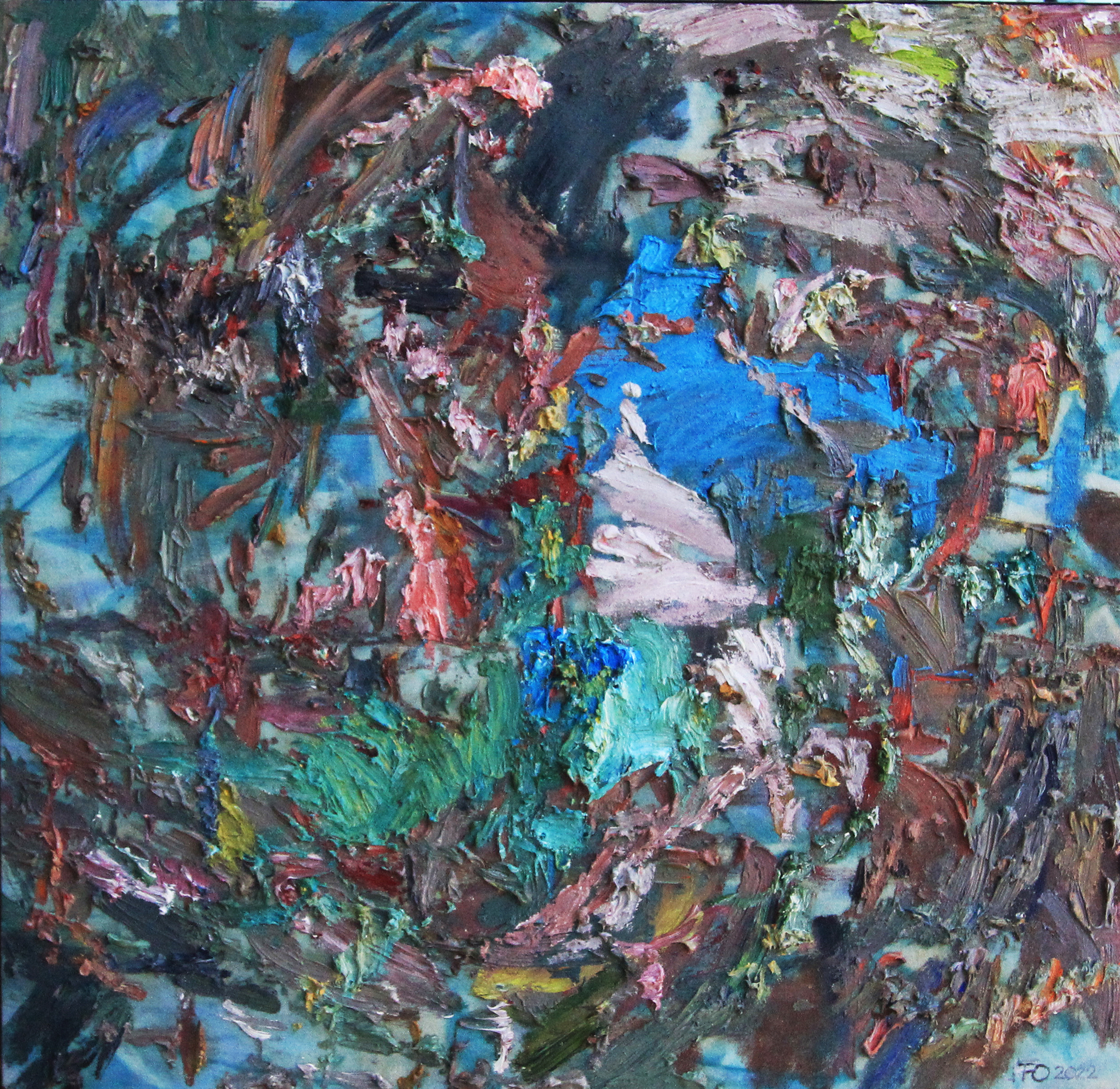 Raft in the Eye of the Storm