Form Out of Material, Material Out of Form

During the late 1980s, and in the dour season of contemporary abstract painting, a very promising female painter by the name of Moira Dryer broke into the American painting scene and produced one of the most resonant painting images in any era. The use of abstract idiom quotations, like drips and splatters, calligraphic lines and a host of abstract devices – not only produced paintings of sheer beauty but, seemingly, turned the question mark on painting itself. It was a considerable turning point. Dryer’s provocative point of view moves the singular and traditional act of making a painting (a brush creating an image on a canvas) into something more complex. The artist seemingly has taken to the backdoor, taking a few steps back, reconsiders what abstract painting has done before and said, and then re-assembles what was broken down – a "reverse" creativity of sorts.

The exhibition Form Out of Material, Material Out of Form has three women artists of considerable mileage who take on an onerous pursuit. Considering and contributing to the line of past and current abstraction, Monica Delgado, Michelle Pérez and Atsuko Yamagata infuse fresh takes on its idioms, pictorial devices and stylistic languages.

With intricately constructed abstract surfaces, Monica Delgado’s paintings are keepsakes for visceral pleasure and emotional wonderment. Carried by its sensuous texture and color, Delgado’s ingenious process takes her to an indirect approach instead of directly creating a surface by applying paint on a painting support. In a painting aptly titled What’s a Painting Vol. 13, the artist allows paint to flow and coagulate into lines and strips. Once dried out, she assembles these on their sides showing – rather than its normal, frontal surface. The procedure provides a new way of making pictures and investigates what constitutes a work of art.

In another work, Delgado finds another use for the coagulated forms of paint she uses and makes a small abstract work that is fitted to scale onto an art magazine cover (the artist utilizes rummaged and classic Art in America materials.) Given the title Erased Painting No. 2, the artist supplanted the small abstraction and removed the existing image. The incursion, for the artist, is a coming to terms with the radical appropriation of American Pop Artist Robert Rauschenberg, which had the famed artist erase dutifully one of the drawings he procured from the Abstract Expressionist giant Willem de Kooning. For Delgado, it is a natural course of action to appropriate a work or works from a previous generation, thus signifying the proverbial "changing of the guard."

In Michelle Pérez’ abstractions, the case for the abstract format’s autonomy is optimized with the use of geometric shapes used as painting grounds. Paint applications and gestures are made to inhabit these formations. The use of shaped canvas makes for a riskier approach. It extends and solidifies the idea of abstract painting, where it is about its own materials. In using and and manipulating painting mediums, they yield their own implied allegories.

It can be argued that the first use of a formalist shape, like a square floating in a pictorial space, first appeared in the paintings of Kazimir Malevich. Its incarnations are apparent in the "Boogie-Woogie" paintings of Piet Mondrian, and more recently, in the formats and grid systems of the Minimalists. Pérez interpretation has a romantic and nostalgic angle, while still relishing in the factualness of its materiality.

A series of paintings on hand has geometric shapes seemingly embedded unto the surface of Pérez’ painting surfaces. Its forms are subtly defined by the paint applications that follow the indention of its line and contour. The silhouette produced makes for an interesting effect, recalling architectural forms and portals – maybe to another utopian place? Or, perhaps, in its manner of pouring and blotching, it contends its negation?

A tondo format is present in Pérez’ collection. The circle image has been engaged by artists in different contexts and has connoted matters pertaining to wholeness, spirituality, and the eternal. Pérez use of color and texture offers a new take on the theme. Though done in acrylic and appearing opaque, it is, perhaps, a deliberate strategy that enhances the non-illusion of the surface – and contributes to the steadfastness of a painting that only purports to be a two-dimensional painting for its own pleasure, and nothing else.

Asuko Yamagata’s abstraction flows from an introspective hearth, and guides the onlooker to a feeling of warmth; opposite an abstraction that is cold and resolute. Yamagata’s masterful control of her water-based mediums – washes and viscosities, are fully understood and placed on her pictorial space in a predetermined manner, though much of her process is spirited with spontaneity and adroit bravura. In one of her paintings, entitled "Greedy but Beautiful," a white amorphous shape lingers in the composition, suspended in its own power and light. Uncannily, it may be mistaken for an abstracted Symbolist painting – in which psychological themes are expressed using abstract compositions in delivering mysterious effects.

The layers of washes in Yamagata’s pieces suggest abstract landscapes and regions. As such, these quasi-places imply internal, psychological spaces that need to be dissected and understood. Using paper as grounds for most, the work is immediate and honest. The artist, at times, uses the pulp and fibers of the paper in creating textures, and enhances the exotic atmosphere of the images portrayed. As such, the artist’s abstractions go in the manner of the spiritual, akin to Kandinsky and the generation of artists who pushed for a stance and endured the challenge of bringing change to society – in the way of producing models of equilibrium that contrast anxiety-filled realities that dominate the modern era.

With the varying, yet, related approaches on hand, it is an exciting time to see a new breed of artists take to the fore in engaging abstraction, risking safety zones and treading new grounds. Delgado, Pérez, and Yamagata have each solved the problem of renewing abstraction’s quandaries in their own unique way. In terms of shared experiences, all have risen to the task; while in their considerable adult years, and having dealt with finding their way through the rigors of artistic style and mediums. This fortuitous circumstance works to their advantage in having a richer spring of inspiration to draw from.

Perhaps, also another commonality shared by each of the artist is the preference for water-based mediums – such as ink and acrylic, which somewhat offers another alternative to the male-associated machismo of lacquer and oil paint. It is perhaps a more sensible choice, as each artist negotiates her own ideas and concepts with so much intricacy, planning and foresight. •

JONATHAN OLAZO GRADUATED FROM THE UNIVERSITY OF THE PHILIPPINES COLLEGE OF FINE ARTS. HIS INTEREST IN CRITICISM WAS SPARKED WHEN HE TOOK AN ELECTIVE COURSE UNDER ART HISTORIAN, AUTHOR AND ART CRITIC, PROFESSOR SANTIAGO PILAR. WRITING NOTES ON HIS OWN CONCEPTS CONTINUES TO BE AN INTEGRAL PART OF OLAZO’S WORK PROCESS IN PAINTING. IN THE SUMMER OF THE MID 1990S, HE JOINED A VERY INFORMAL WRITING WORKSHOP CONDUCTED BY MS. JOY DAYRIT, AND CONSIDERS WORKSHOP CLASSMATE, ARTIST AND WRITER RONALD ACHACOSO AS MENTOR IN HIS WRITING – AMONG OTHER ARTISTIC INTERESTS. OLAZO CONTINUES TO WRITE EXHIBITION NOTES FOR COLLEAGUES AND ADMITS THE LENGTHIEST OF THESE IS THE 13 ARTIST AWARDS NOTES HE WROTE IN 2015. 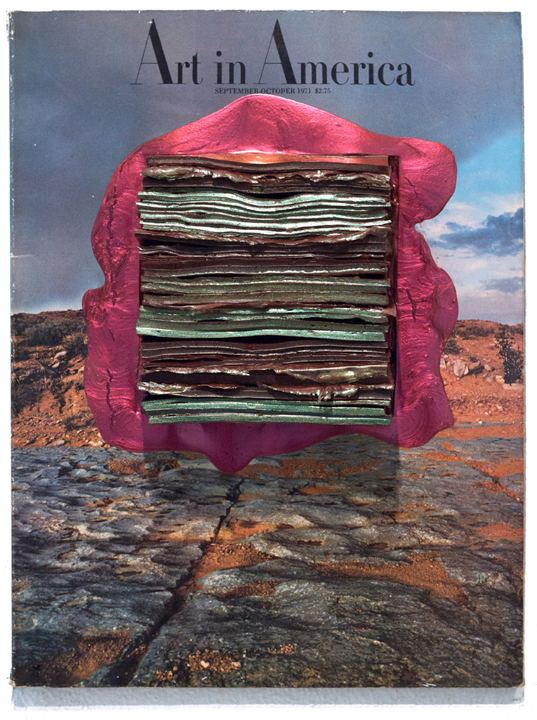 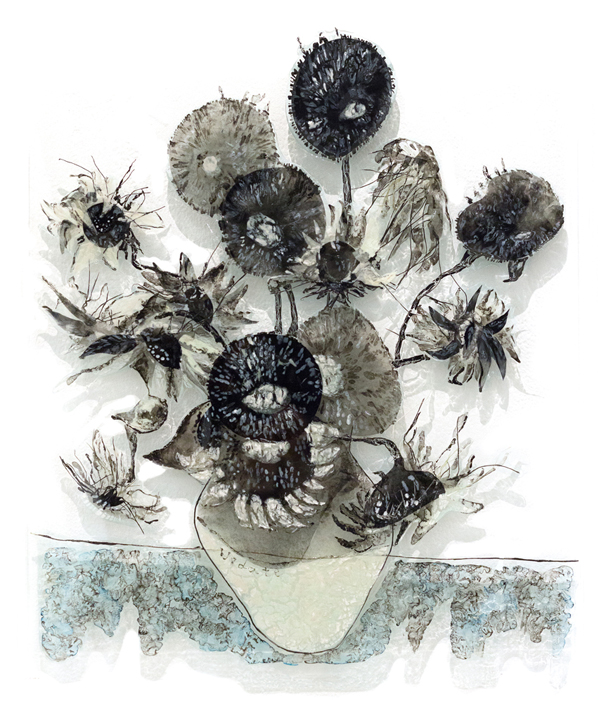 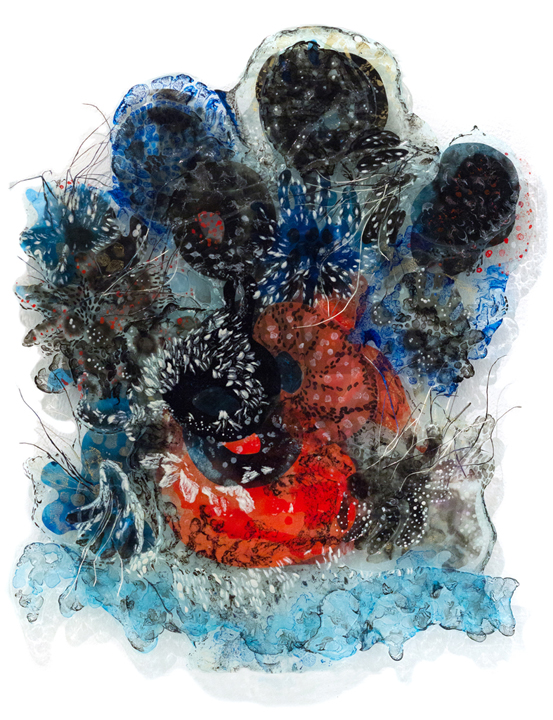 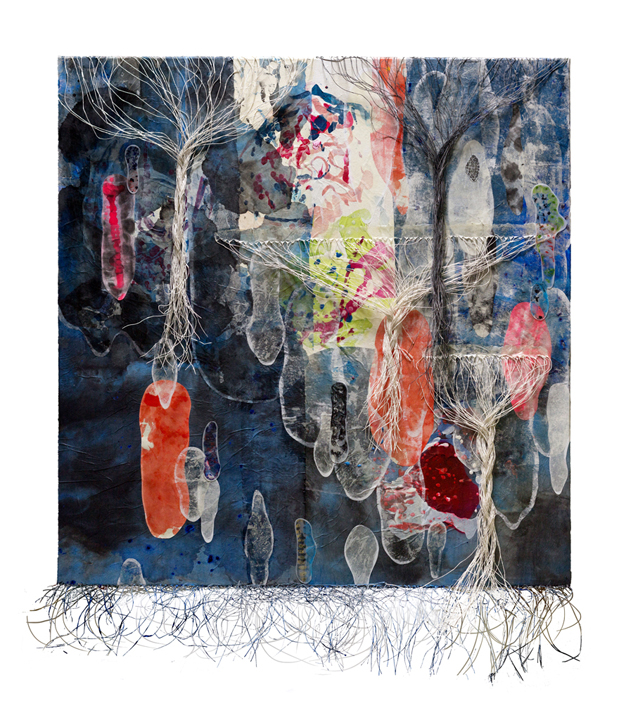 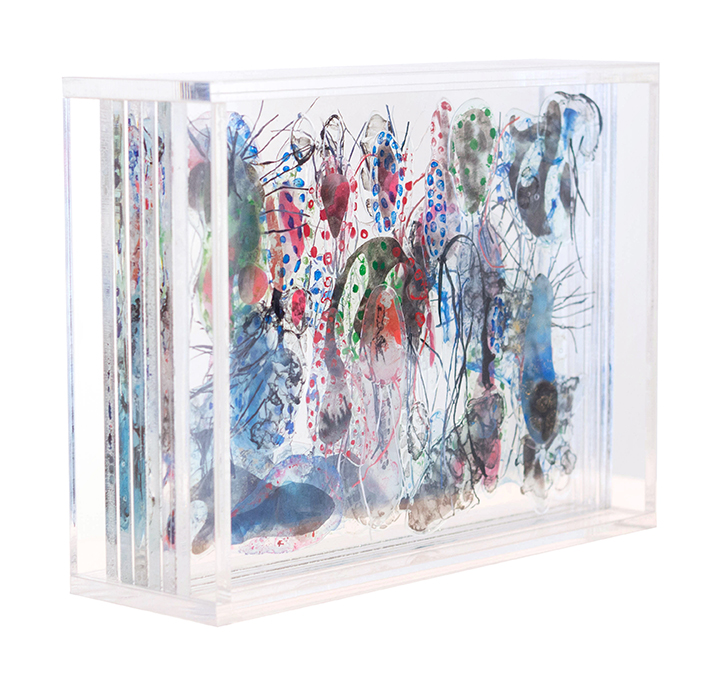